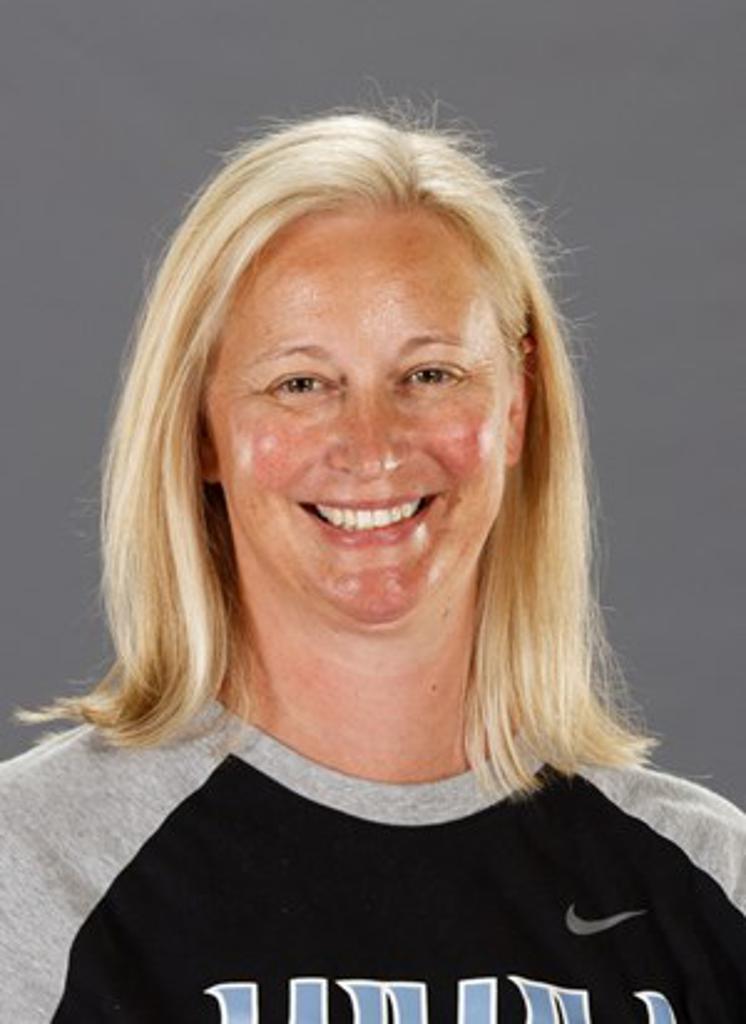 In her 21st year directing the WWU volleyball program, Diane Flick-Williams is the most successful coach in program history, both in terms of wins (averaging better than 21 wins per season) and winning percentage ... Owns an all-time head coaching record of 451-110 for a .804 winning percentage ... Guided the Vikings to 15 seasons of 20 or more victories, 14 NCAA postseason appearances, and 10 Great Northwest Athletic Conference championships, receiving GNAC Coach of the Year honors 10 times ... WWU is the three-time defending Great Northwest Athletic Conference Champions (2017-18-19), combining to go 84-11 over that stretch with a 57-3 conference record ... Western has appeared in each of the last eight NCAA II Championships, including advancing to the Final Four in 2016 and 2018. The Vikings played for the national title in 2018, falling to Tampa in a five-set thriller ... Over the last seven years, WWU has combined to go 202-40 (.835) with eight consecutive 20-win seasons, advancing to the NCAA II West Regional Final in 2015, 2016, 2017 and 2018 ... Heading into the 2021 season, Flick-Williams is listed as the 19th winningest active head coach across all levels of the NCAA by winning percentage and No. 24 all-time. Among active NCAA II coaches, her .804 winning percentage is 8th-best and 451 wins are No. 23. The Vikings have finished either No. 1 (10 times) or No. 2 (6 times) in 14 of the 19 seasons in GNAC history while advancing to the NCAA Championships 14 times ... In 2019, WWU made it a three-peat in the GNAC with an 18-2 league record and advanced to the NCAA II West Regional semifinal ... In 2018, the Vikings finished 30-4, with a school-record 30-match winning streak, winning the GNAC title with a perfect 20-0 league record. WWU hosted the NCAA II West Regional Championships in Carver Gym, and earned a trip to the NCAA II Championships Final in Pittsburgh by winning the regional in a 5-set win over rival Cal State San Bernardino ... Led the Vikings to a GNAC title with a 19-1 league record to tie the conference record for wins in the 2017 season ... In 2015, guided a very young team to an NCAA II West Regional Championship and the second appearance in the NCAA II Elite 8 in program history. WWU beat Rockhurst in the opening round of the national championships, falling to eventual national champion Wheeling Jesuit in the national semifinal ... In 2007, Flick-Williams led the Vikings to the title match of the NCAA II National Tournament, being named American Volleyball Coaches Association West Region Coach of the Year for the second time. The 26-5 Vikings were ranked a school-best No. 2 in the final AVCA poll, reaching the Elite Eight and winning the West Regional, both for the only time in school history ... WWU had a 57-match league winning streak from 2000-04, at the time the fourth longest conference string in NCAA II history ... In 2003, WWU posted the best record in school history, finishing 24-2 (92.3), and reaching the West Regional semifinals ... Directed the Vikings to the first three league titles in school history from 2001 to 2003, going unbeaten in league play each of those years. WWU had a school-record 24-match winning streak in 2003 ... 100% graduation rate and a degree for every person who finished their eligibility ... Played collegiately at the University of Washington, where she was a four-year letter winner and was team MVP her junior and senior years. She ranked third in UW history in career assists with 2,624 despite spending nearly half of her time as an outside hitter ... Earned a bachelor's degree in speech communications in 1993, and in 1996 became an assistant coach for the Huskies, spending four seasons in that position and being a part of the UW's national tournament appearances in 1996 and 1997 ... was a three-sport letter winner at Mountain View High School in Vancouver and was the first inductee into the school's Athletic Hall of Fame ... All-State selection and Greater St. Helens League Player of the Year in volleyball as a senior ... Inducted into the USA Volleyball Puget Sound Region Hall of Fame in 2011 and completed a master's degree in coaching and sports administration from Concordia-Irvine in 2014 ... Married to Laurrah Flick-Williams and they have a daughter, Chayse Mingah.